The Purity Police Are At It Again 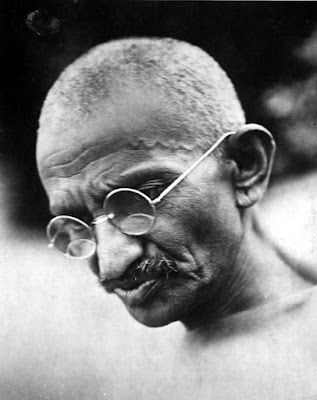 Poor Gandhi.  He just can't catch a break.  Now an African university is removing his statue because of insensitive remarks he made about African natives during the time he lived in South Africa.  And that's liberalism to a tee.  There are no heroes anymore, and soon there won't be any statues left, because, unless you uphold every modern leftist prejudice perfectly, 100% of the time, the PC police will come for you eventually too...  There's no safety from totalitarians.  Take note.

In other news, U.K. Prime Minister Theresa May is sticking to her guns, saying there will be no "second referendum" on Brexit.  Good!  Those who wish to undo the results of a democratic election on Brexit should be ashamed of themselves.  A "no deal Brexit" is also looking more and more likely.  I say: bring it on!  Britain can make it work, and if it does work I like to think a great many EU countries might follow in Britain's footsteps...

Lastly, Carl Cannon's take on Mueller's frame-up of President Trump is worth a read.  If Matt Whitaker was doing his job, he'd probably be firing Mueller as we speak.  A good second choice would be to appoint a special prosecutor to investigate...the special prosecutor's office of Robert Mueller, as well as other DOJ/FBI misconduct and illegality surrounding the probe into Trump-Russia collusion.

https://www.realclearpolitics.com/articles/2018/12/16/a_justice_department_coup.html
Posted by Nicholas Waddy at 11:35 AM