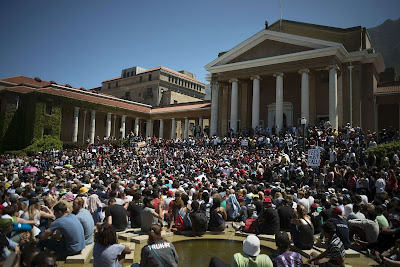 Friends, as you are doubtless aware, "racism" isn't what it used to be.  Today's snowflakes are capable of discovering racism and other "isms" in the most unlikely places.  Take this article, for example.  It's about the drive to re-conceptualize mathematics in South Africa (and elsewhere) to make it less...Eurocentric and phallocentric.  The basic thrust of the proposed changes is to make social justice propaganda an integral part of mathematics education.  Great idea, right?  And this is just the beginning!

And here's a very intriguing analysis of the genesis of American anger.  Where does our modern sense of self-righteousness, and our contempt for opposing views, come from?  This article provides some perceptive answers.  It's written with a leftist bias (of course), but it acknowledges that anger flourishes, and is actively cultivated, on the Left and on the right.  Are YOU angry?  If the answer is yes, then that's not necessarily bad, but you should be aware that there are many ruthless people out there who WANT you to be angry, and who intend to profit from it.