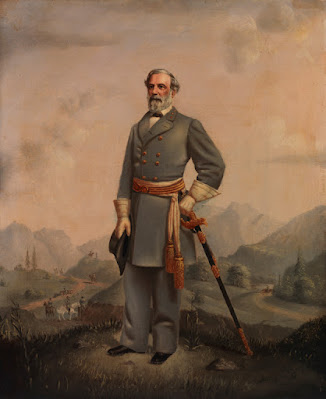 Friends, the U.S. military is expanding its purge of Confederate memorials and symbolism, as part of its campaign to promote "diversity", which of course means giving the middle finger to a major geographical region of these United States.  High on the list of targets, not surprisingly, is Robert E.Lee, and you know how I feel about the Old Man...

In other news, the Department of Justice has chosen to pursue formal charges against Peter Navarro, for the unforgivable crime of refusing to testify before Nancy Pelosi's January 6th star chamber.  As this article makes plain, it's one thing to enforce Congressional subpoenas.  It's another thing to do so selectively and with obvious partisan/ideological bias.  For shame!