Gun Rights: Not Dead Yet! 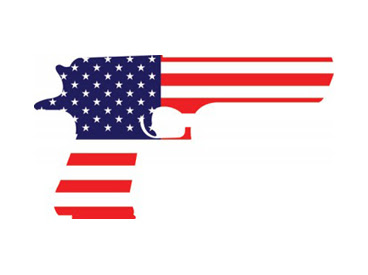 Friends, if you care about the 2nd Amendment, you were no doubt curious whether the "compromise" struck by Democratic and Republican Senators on "gun safety" would end up cancelling your own right to self-defense.  It appears that, at least in the short term, most of your rights are safe.  That's because the compromise announced today doesn't really impinge on anyone's right to keep and bear arms.  It expands funding for mental health resources, to support state-level red flag laws, to better secure our public schools, etc.  It expands background checks for potential gun purchasers ages 18 to 21 (which may or may not be constitutional), but otherwise it represents a mighty timid effort at "gun control", which falls way short of what Democrats want, and of the list of demands they issued in the wake of recent mass shootings.  In fact, one has to ask: will we see Democrats in Congress balk at voting for this bill, given that it's so watered down, from a progressive perspective?  That a small but significant number of Republicans will vote for it seems guaranteed.  That the hard left will play ball is less sure.  President Biden is on board.  That counts for something.  Maybe not much these days, however.  We'll wait and see.  All in all, assuming this bill does pass, I'd say gun rights enthusiasts can count themselves relatively lucky.  Every mass shooting puts the Left in a position to threaten your gun rights -- ALL of them -- and to win over, via scaremongering propaganda, a significant portion of the citzenry to their way of thinking.  Thus we have to be thankful, on a certain level, that we have any rights left!  Those Dems are canny, of course.  They'll be back.  This law likely won't prevent a single shooting anywhere, so, just as soon as another mass shooting occurs, the Dems will say: the current bill was a good start, but it was only a start.  Now let's finish the job by prying that AR-15 out of Joe Public's law-abiding hands.  And it could easily happen, as we all know.

Chris Jacobs isn't going quietly into the night.  He's doubling down on his love of gun control, and it sure looks like he wants a package WAY more ambitious than what those Senators just agreed to.  Jacobs must be asking himself: I torpedoed my political career for this???

Congrats to France's moderate conservative President Emmanuel Macron, whose followers look like they will retain their parliamentary majority.  Hey, Macron may be a French RINO, but he's still better than the alternative!

The New York Times has published an analysis of Joe Biden's political future that is stunningly candid about his, uhh, limitations, and the need for Democrats to explore other options.  This is big news, people!  On the left, when the Times turns on you, you're in major trouble.  And, again, just imagine how these whispers will be magnified once the Dems get scorched in November...

Finally, here's a great perspective on the January 6th hearings, and how the media's indulgence of this Dem dog and pony show demonstrates, once again, how the Left is determined to control the narrative and redirect the public's attention away from real-world problems, like inflation.  As usual, Tucker knows the score!

Posted by Nicholas Waddy at 8:22 PM