"Christian Fascism": All Insurrection, All the Time! 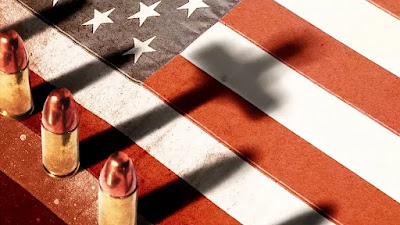 Friends, today I bring you an article by a slavering Marxist about the dangers of "Christian fascism", which is of course a bigoted screed against God Himself, not to mention any and all believers.  But that's not the main point: buried in all the nonsense is an intriguing analysis of what ails America and the Left.  You'll note that the author is almost as contemptuous towards the Democratic Party and the Biden Administration as he is towards Trump, Republicans, and conservative Christians.  Somehow he manages to blame the Christian right for the constantly escalating war in Ukraine.  That's a neat trick, although he has a point, insofar as many Christians are falling in line with the "get Putin at all costs" POV of the Washington establishment.  In the second link, Tucker Carlson provides some context by talking about the Left's antipathy to Chistianity and religion in general.  Now, if the things lefties regularly say about Christians were, for instance, said instead by conservatives about Islam, you can bet that the censors at Twitter, Facebook, YouTube, etc. would swing into action in no time flat.  Anti-Christian animus, though, is apparently far more respectable.  Go figure.  And take note of the fact that the Left is giving Christians an extra helping of surliness these days, because they blame believers for their expected setback at SCOTUS on the issue of abortion.  Sure, Christians are often among those who most strongly oppose abortion, but let's face it: the abortion issue transcends religion, and you don't need to be a fundamentalist to believe that a fetus is awfully close to a person, no?  Be all this as it may, the demonization of all categories of people who stand in the way of Marxist utopianism continues unabated, and, as circumstances grow more adverse for the Left as we approach the midterms, we can safely predict that their epithets will grow progressively more scorching and unhinged.  Get used to it!  One day, you'll look back fondly on the days when the liberals called you a mere "racist".  They'll be doubling, and tripling, and quadrupling down on that strategy of vilification in the months ahead.

Elon Musk says there's "left wing bias" at Twitter.  Color me shocked!  The question is: what does he plan to do about it?  If he hews to his preferred policy of only banning or censoring speech which is patently illegal, that would be a huge win for free speech and genuine dialogue.  I'll be surprised if he's able to maintain that level of tolerance, though -- and, if he does, expect a lot more wide-ranging laws in blue states about "hate speech" and the like.

It's "insurrection" to question the legitimacy of U.S. elections, right?  Oh no.  Not when your motives are pure, as is always the case with leftists.  Expect a lot more criticism of our electoral process, in fact, as soon as the Dems go down to defeat in November.

Finally, in a worrying sign, there are reports that U.S. and Western military equipment -- and, presumably, personnel -- is showing up on Finland's border with Russia.  Forward deploying NATO forces to Finland to protect that country from Russian aggression might seem prudent, but it's also bound to be seem provocative to the Russians, who are naturally in no position to attack Finland anyway.  The West is increasingly indifferent to Russia's fears, many of them grounded in hundreds of years of history, and generations of vulnerability to the depredations of Westerners.  Again, if we overstretch Russia's conventional capacity to do what they feel is necessary to ensure their security, they do have, lest we forget, unconventional means at their disposal.  Is Russia likely to launch nukes at NATO?  No, but what about non-NATO countries like Ukraine or Finland?  Russia might feel that now is the ideal time to attack Finland, before the West is under any treaty obligation to defend it.  I would add, as I always do, "let's tread carefully", but by now I know all too well that such words of warning will fall on deaf ears.

Posted by Nicholas Waddy at 3:07 PM