Does Mueller Wear a Six-Shooter on His Belt? 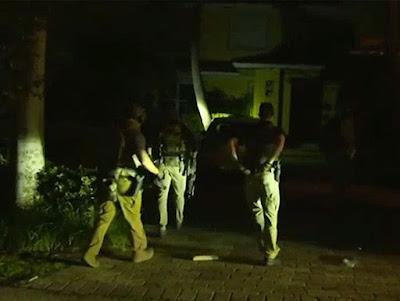 Friends, in yet another sign that the Mueller probe has become a bad parody of justice, a platoon of heavily-armed FBI agents recently arrested Roger Stone at his Florida home.  The drama was wholly unnecessary but -- lo and behold! -- CNN was there to catch it on camera.  In fact, Roger Stone's alleged crimes implicate President Trump and members of the Trump campaign in no crime whatsoever, but the purpose of Mueller's actions seems, as usual, to be to showcase the most tangential links between Trump and Russia so as to damage the Trump presidency.  What fictions will Mueller spin in his final report?  Stay tuned.

You may also wish to read this depressing article about the American Psychological Association's recent conclusions regarding masculinity.  Here's the brief version: gender is all in our heads, but masculinity is still dangerous and abnormal.  Figure that one out.  Please!  Remember when the APA thought that homosexuality was a mental illness?  Well, those days are long gone...but now being a man -- or at least a manly man -- is seen as similarly cuckoo.  My esteem for the psychological profession has reached a new low.