All the (Fake) News That's Fit to Print 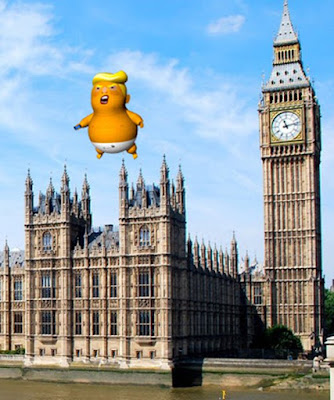 Friends, it can be hard to figure why the Left hates Trump as much as it does.  Their loathing seems off the scale.  We must keep in mind, though, that an extraordinary constellation of propaganda and "fake news" undergirds this Trump-hatred.  The drumbeat repetition of anti-Trump narratives, including the Russia collusion conspiracy theory, makes an impression, drip by drip.  To me, the miracle isn't that so many people hate Trump -- it's that, given the establishment's universal detestation of the man, he still retains the loyalty and respect of a high percentage of ordinary folks.  That's a testament to his fortitude and ingenuity, yes, but also to the reduced influence of the traditional media.  If everyone was watching CNN, as they once were, we'd be truly lost.

This story puts into perspective the media's anti-Trump obsession.  Imagine if you were getting your "news" from these people...  How warped would your worldview be?  Thus, have some sympathy for the poor slobs on the Left.  Most of them mean well, but they've been thoroughly duped.

http://www.foxnews.com/opinion/2018/07/15/dan-gainor-media-revel-in-london-anti-trump-protests-as-obsession-with-russia-continues.html
Posted by Nicholas Waddy at 11:10 AM