The Russian Steamroller Has Run Out of Gas 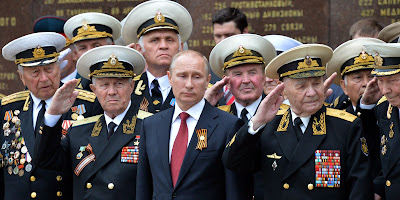 Friends, as the media features wall-to-wall coverage of supposed Trump-Russia collusion, and waxes poetic on the perils of Russian imperialism and tyranny, it pays to remind ourselves just how far Russia has fallen since the heady days of Soviet hegemony. In my view, Russia should be taken seriously.  It should be respected, and its limited remaining sphere of influence ought to be avoided by Westerners.  All this is mere prudence, but it doesn't change the fact that Russia today is utterly incapable of world domination.  It can't control U.S. elections, it can't win a low-grade conflict in the Donbass region of eastern Ukraine, and it can't even begin to compete with the West on an economic or technological plane.  The Left's narrative that the Russians are at the gates is therefore pure drivel.  It should be seen as such, it must be seen as such, before our Russophobic hysteria drives us to provoke Russia in a truly regrettable and counterproductive way.  Russia is not our friend, it's true, but neither must Russia be our enemy.  I, for one, am glad that President Trump has extended the olive branch of peace to President Putin, and I hope that, despite the media's best efforts, he succeeds in improving relations with the Russian Federation.

My latest article addresses Russia's relationship with the West, and the degree to which it is being distorted and misrepresented by leftist propaganda.  Read all about it at Townhall.com:

https://townhall.com/columnists/nicholaswaddy/2018/07/20/three-reasons-why-you-wont-be-speaking-russian-a-year-from-now-n2502037
Posted by Nicholas Waddy at 1:37 AM