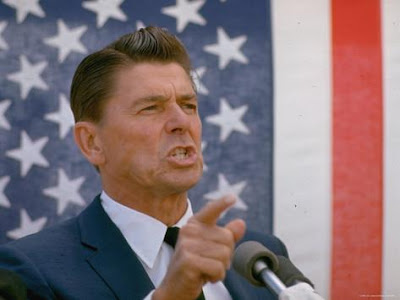 Friends, you may not know it, but I'm a California native.  It's nothing to be proud of these days, but once upon a time California was a red state.  It was the state that gave us Richard Nixon and Ronald Reagan.  It was a state with affordable housing, reasonable gun laws, low crime, excellent schools, and low taxes.  Well, times have changed.  Since 1992 California has voted blue in every single Presidential election.  Moreover, the stories of leftist lunacy that come out of the Golden State have become a staple of the news cycle.  Right now many California communities are in revolt because of the state's radical "sanctuary city" laws, which make virtually any cooperation with federal immigration authorities a criminal offense.  While it's tempting to give up on the California Republican Party altogether, Newt Gingrich makes a compelling argument for why we shouldn't.  While I'm not optimistic that we'll win the governorship, let's not give up on the large minority of Californians who remain, well, sane...  Some of these embattled patriots are my relatives, after all!

In other news, this New York Times analysis of the impending "trade war" with China is pretty perceptive.  Truthfully, the proposed sanctions, even if fully implemented, would barely dent the economies of either China or the U.S.  China is playing a dangerous game, in my opinion, trying to blackmail red state Americans into betraying their President and his nationalistic trade policies.  Let's hold together, America, and fight on to victory!  I fear Trump won't get as much support as he should from either party, but if you're tired of the Chinese pushing us around, then please stand with President Trump!