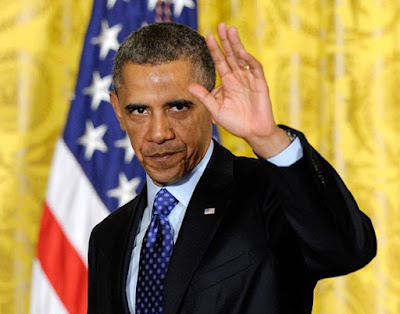 Friends, the stories about the Democratic Party/FBI "collusion" against Trump are getting more and more interesting by the day.  Initially, I was inclined to give the left the benefit of the doubt.  After all, they're so disposed to self-delusion that maybe they all believed their own spin about Trump and Russia...  It wouldn't be the first time they scampered off to Never-Neverland.  Now, though, it appears that information was fed to British spy-for-hire Christopher Steele by a Clinton crony -- and President Obama was kept personally informed about the shenanigans.  The left-wing media's obsession with discrediting Nunes' FISA memo is starting to make sense.  They may be beginning to realize how much jeopardy luminaries like Clinton, Obama, and Holder are in...  I sincerely hope that the deceptions that the FBI and Justice Department engaged in are down to incompetence or wishful-thinking, but it is getting harder and harder to believe that.  This might be one conspiracy theory that turns out to be true!  The sad part is that, even if it could be proven conclusively that prominent figures in the Clinton campaign and the Obama administration criminally conspired to discredit their political adversaries, most liberals wouldn't believe it, and even if they did believe it they wouldn't care.  Stopping Trump is their prime directive.  Nothing, I repeat NOTHING, matters as much to them as destroying Donald J. Trump.

Read on, and judge for yourself: