A Case Study in the Need for SCHOOL CHOICE! 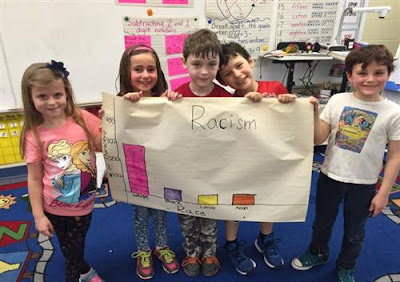 Friends, "progressives" are adamant that school choice must be defeated, because they want public schools to have a monopoly as well as the opportunity to indoctrinate America's children in the values of leftism.  What's worse...it's working!  Millennials and those even younger are overwhelmingly opposed to President Trump and, just as their educators desire, they think they see a racist, sexist, and/or a homophobe hiding behind every bush.  As conservatives, we must call out ideological bias and brainwashing in the public schools whenever we can -- but we must also promote private schools and homeschooling as alternatives.  Education Secretary Betsy DeVos is doing her best along these lines.  Above all, we mustn't surrender the next generation to the depredations of "social justice warriors"!  Teach your kids sound patriotic values, I say, and don't allow conservatism and Christianity to be mocked or marginalized.  Fight back, as best you can!

Here is a chilling account of the leftist takeover of a Minnesota school district.  Let it be a warning to us all!