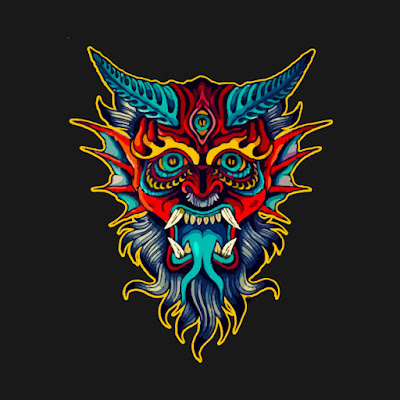 Friends, the American people seem to be souring on the PRC.  Attitudes to China are almost as bad as attitudes to Putin or the Ayatollah.  For reasons we've discussed in depth, none of this is too surprising.  What might surprise us, though, is the potential for China to be the decisive factor in the 2020 election.  My latest article, soon to appear in American Greatness, is about just that.  Read on, and see if you and I are on the same wavelength:

These days, consumers of the news could easily be forgiven for experiencing “pandemic fatigue”. The body count, the travails of the first responders, the massive disruptions to daily life — these narratives have become not just the lead story, but the only story, both in broadcast and in online media.

The truth, however, much as it may be obscured by our current obsession with all things corona, is that, one day relatively soon, public attention will begin to shift away from the pandemic and towards other important themes. One of these will, of course, be the pitched battle between Republicans and Democrats, between President Trump and adult day care escapee Joe Biden. When that battle is joined, however, it's still unclear on what ground the two sides will fight.

While it may be tempting to imagine that President Trump's reelection hinges on the public's assessment of his pandemic leadership, and on the degree to which the country has recovered from the virus-related recession, I would like to propose another critical theme that could tip the scales: China.

Everyone knows that President Trump places much of the blame for the global pandemic on China, and more specifically on its slow response to the initial outbreak and its failure to share information about the disease with the rest of the world. China strove to project a “business as usual” image to the world, to the great cost of the hundreds of thousands of people who will be killed by COVID-19, even in the most optimistic scenarios. Those hundreds of thousands could easily have become millions, had Western leaders, including President Trump, not acted so decisively to cut off travel to and from China back in January and February. China, meanwhile, has deflected blame, even nurturing bizarre conspiracy theories that describe the virus as an American bioweapon.

In the United States, opinion leaders' receptiveness to the China-is-to-blame narrative has largely tracked with their partisan leanings. Republicans and Trump fans have no hesitation in pointing the finger at China and its allies in the World Health Organization, whereas Democrats and Trump haters have often made excuses for China and vilified Trump as the Contaminant-in-Chief.

At the level of public opinion, however, as opposed to elite opinion, a recent Pew Research Center poll reveals that attitudes to China have grown dramatically more negative across the board. Even rank-and-file Democrats see China as a bad actor in the global tragedy of COVID-19. In short,72 percent of Republicans view China negatively, as do fully 62 percent of Democrats. Since skepticism about the Chinese is one of the few issues on which Republicans and Democrats can find any common ground, we might reasonably ask: could Sinophobia become an important theme in the presidential election?

Arguably, given President Trump's bitter trade war with China, the communist superpower was already fated to be a bone of contention between Trump and his eventual Democratic opponent. Since the Democrats and their media allies frequently criticize Trump's anti-Chinese rhetoric and trade policies, and since Vice-President Biden's controversial connections to China through his wayward son Hunter loom as potential vulnerabilities, there was never any question but that China would be front and center in November. China's role as the origin point of the current murderous pandemic merely raises the stakes, ensuring that China will be one of the top issues on voters' minds.

President Trump's forceful condemnation of China's mishandling of the coronavirus, coupled with the Democrats' reputation as proxies for Chinese interests and defenders of Beijing, give Trump and Republicans a key opportunity. Instead of running in November to vindicate Trump's leadership, which for all too many Americans is damaged goods, they can run against China and by arguing that the Democrats are beholden to the Chinese government and incapable of criticizing it. Democrats will counter, naturally, that Trump is a xenophobe. They say so constantly, and Trump's recent decision to suspend all immigration to the United States provides them with ammunition — not that they are above manufacturing their own.

The truth, though, is that nationalism, and nationally-specific solutions to containing and defeating the COVID-19 pandemic, are the order of the day. Borders are being closed, travel is being restricted, and national governments are charting their own independent courses almost everywhere, even in Europe, where pan-European, transnational cooperation, which was always more rhetorical than actual, is looking more threadbare than ever.

In an age when the key decisions are made by national governments, therefore, based on a frank assessment of national, rather than global, interests, one can argue that Trump's philosophy of “America First” is ideally suited to capitalize politically on, and to embody, the new public mood. When one couples this Trumpian nationalism with a clear and consistent message about China and the dangers it poses to the West — dangers to which the Democrats seem oblivious — Trump may have found an ideal formula to broaden his appeal to independents and even to some Democratic voters.

Just as some Bernie-minded Democrats voted for Trump in 2016 because of his strong stance on trade fairness, some non-GOP China skeptics may well vote for him this year, for similar reasons.

Thus, in 2020, the road to victory for Trump may pass right through China, just as it did before.

And here it is at American Greatness, as promised: