To Parley, or Not to Parley? That is the Question 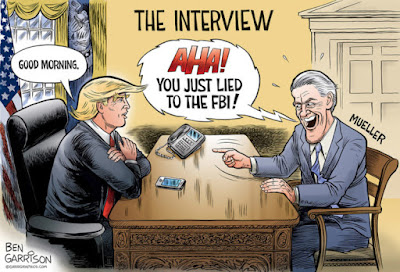 Friends, the wheels are turning in the White House, and the President's lawyers are debating whether or not to subject him to an interview with Robert Mueller's hit squad. Check out my latest article, in which I analyze all the legal and political ramifications. My bottom line: I think Trump should do an interview, if for no other reason than because it will bring this fiasco to a close sooner rather than later. In said interview, however, Trump should say as little as possible!