Getting to the Bottom of the "Collusion Delusion" 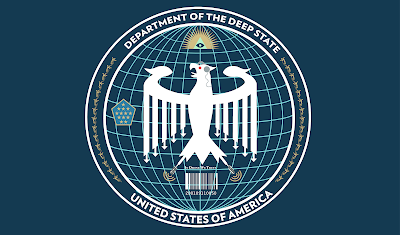 Friends, don't miss my latest interview on WLEA's Newsmaker program.  Brian O'Neil and I consider Rush Limbaugh's bombshell allegations that members of the Trump campaign were set up by people working for the FBI...not to engage in real "collusion," but merely to talk about "Russian emails" so as to provide a pretext for an investigation, FISA warrants, leaks to the press, etc.  The implication is that the whole "Russian collusion" narrative was cooked by up shadowy figures on the left long before the election happened in November 2016.  If this is true, it's one of history's most successful conspiracies...not in the sense that it succeeded in destroying the Trump campaign or the Trump presidency, but in the sense that it's captivated the world's attention and hoodwinked millions, and possibly billions, of reasonably intelligent people.  Conclusion: the "deep state" knows what it's doing, and no one should underestimate it.

Brian and I also talked about North Korea, illegal immigration, the resurrection of Last Man Standing, and more.  The sound quality is better than ever, and you can listen in right here: