Waddy Gives Wise Counsel to Republicans re: the Trump-Russia Brouhaha 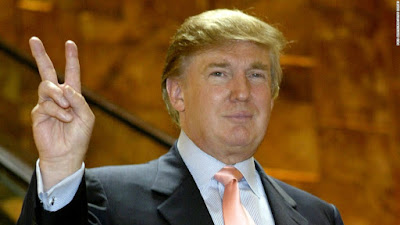 Hello again, friends!  Dr. Waddy will be disappearing into the wilds of western Sicily tomorrow, and he may or may not find that the insidious internets have made it there...  In the meantime, he has written this analysis of the Trump-Russia "crisis", including some thoughtful advice for patriots and Republicans on how to handle it.  See what you think.  It should be appearing soon in The Daily Caller, FYI.


Up to now, I have not written extensively about the allegations of collusion between the Trump campaign and Russia for the simple reason that the accusations are so specious, opportunistic, and defamatory that I did not want to dignify them by acknowledging their existence. In some ways, I wish President Trump had done the same. It is generally better to ignore baseless, incendiary claims like these than it is to show perturbation, and thus encourage your tormenters.


Today, though, I would first like to make two points, which I hope will help bring this “matter” (thanks to Loretta Lynch for this suggested terminology) to a close. First, President Trump was never under investigation by the FBI for colluding with Russia. Vast amounts of allegedly damaging material have been leaked about “contacts” between Trump supporters and Russians in the last few months. Absolutely none of it corroborates the central claim of Trump haters: that Trump, or anyone close to Trump, conspired with the Russians to hack the DNC or John Podesta, subvert the election, or otherwise act against the interests of the United States. Various figures associated with the Trump campaign talked to various Russians, true – but that is proof of nothing. If evidence to prove Trump-Russia collusion hasn't materialized yet, despite the best efforts of the intelligence community, the FBI, and the mainstream media to find it, it seems highly unlikely that it will appear in the future. Indeed, it is virtually inconceivable, since the allegations of collusion never made any sense to begin with. Even Democrats are beginning to acknowledge this fact by subtly pivoting from charges of collusion to charges of obstruction of justice. In other words, the well has run dry for those who believe that President Trump can be taken down based on phony charges of collusion with Russia. It is time for this leftist narrative to disappear into the dustbin of history, where it belongs.


Second, while we learned relatively little from former FBI Director James Comey's recent testimony in Congress, we did receive an intriguing summary of the left's new anti-Trump attack plan, based on charges of obstruction, and it is worthwhile to recap just how thin these accusations are. James Comey, who made it plain that he disliked President Trump from the beginning, kept notes allegedly based on his meetings with Trump. He then seriously compromised his professional ethics and broke the law by leaking those notes to the New York Times, in order to draw attention to pressure that the President supposedly placed on him to drop the investigation into General Flynn, Trump's former National Security Advisor. Comey alleges that Trump said, “I hope you can see your way clear to letting this go...” And that mild statement, vigorously denied by Trump himself, and uncorroborated by any third party, is apparently most of what a charge of obstruction would be based on – that, plus the fact that Trump fired Comey.


Now, is there plenty of evidence, from Trump's private and public statements, that he dislikes the Russia inquiry in general and considers it a politically-motivated sham? Absolutely. A charge of obstruction of justice, however, in order to stick, must be backed by more than this, and more than the biased testimony of an aggrieved, grandstanding Trump-hater. It bears repeating that there are multiple, ongoing investigations, in Congress, in the media, in law enforcement, and in intelligence circles, related to Russian interference in the 2016 election, and President Trump has taken no official action to impede any of them. Neither his (alleged) statements to Comey nor his dismissal of Comey had the slightest effect on any of these inquiries, except perhaps to add fuel to the fire of the left's Trump-Russia witch hunt. Yes, Trump abhors the selective leaks that have poured out of these investigations; he resents the false narrative that has been spun based on mere innuendo and often on inaccurate and sloppy reporting; and he strongly and rightly defends himself and his closest advisors from baseless accusations. None of that behavior, however, meets the legal or even the commonsensical definition of obstruction of justice. All of it, instead, is exactly the sort of reaction you would expect from an innocent man, exasperated by the underhandedness of his political enemies. Democrats would like to suggest that exasperation is proof of guilt. Far from it: it is proof that President Trump is a living, breathing human being with a normal instinct for self-preservation. And that, as far as I know, is not yet a crime.


The irony is that the inquiries into Russian meddling in the election, and the contacts between Trump campaign officials and Russians, were encouraged by many Republicans in Congress at the outset. Perhaps they imagined that the investigations would be a convenient way to stigmatize the government of Vladimir Putin, which many in Washington seem to despise. Perhaps they harbored some resentment against President Trump himself, and took pleasure in his discomfiture. Whatever Republicans' motivations were for helping to open this can of worms, they must now face the fact that the Russia inquiries, as a whole, have become a fiasco, a travesty, and an unnatural obsession for the media and for the left. Months have passed, most of the juiciest morsels of information have long since been leaked, and we are no closer to proving collusion, or treason, or obstruction, than we were initially.


Therefore, I call on Republicans in Congress, and throughout the nation, to support:

In other words, Republicans should unify and drive a stake through the heart of the ridiculous political sideshow that this “matter” has become. Let President Trump do his job; let Republicans and Democrats in Congress do theirs; and, if any law has been broken in connection with Russian meddling or obstruction of justice, let the FBI and the special counsel investigate and act accordingly. That, I daresay, is how this business should have been handled in the first place.
Posted by Nicholas Waddy at 11:03 AM