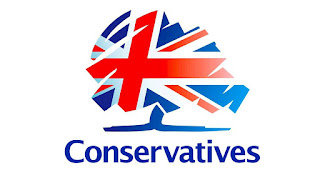 For those of you who know the conservative bent of your visionary hero, Dr. Waddy, the fact that he supports the Conservatives in tomorrow's U.K. general election will not come as a great surprise.  After all, conservatives tend to like conservatives...  Truthfully, though, this blog advocates an unabashedly nationalist version of conservatism, and as such you might expect it to endorse the U.K. Independence Party, whose agitation for Brexit should be largely credited for laying the groundwork for Britain's decision in June 2016 to leave the European Union -- a truly earth-shattering event, and a very favorable one, as far as I am concerned.  Why, then, support, the Conservatives over UKIP?

The answer is that UKIP is rapidly ceasing to exist, a fate explained, more than anything, by its very success.  The EU was the bugaboo of UKIP since its founding in 1993.  It's highly unlikely that former Prime Minister David Cameron ever would have supported a referendum on the possibility of Brexit, which he opposed, if it were not for the consistent pressure that UKIP was applying to Cameron's Conservative government -- from the right, no less!  UKIP is also distinguished by the fact that it was the only major British political party to campaign in favor of Brexit in June 2016 -- and 52% of voters eventually supported Brexit in that referendum.  One would think, therefore, that UKIP would have reaped the political rewards of supporting a policy that the majority of voters embraced...but no, politics doesn't work that way.  This reminds me a bit of the fate of Ross Perot in 1992 and 1996, who succeeded probably beyond his wildest dreams in altering the terms of political debate in the USA (putting deficit reduction at the top of the agenda and helping to create the climate for a balanced budget a few years later), but who, as a political candidate, was a notable disaster.  This, I suspect, will be UKIP's role in history as well: on the issues, a world-historical success; but in terms of seats won in parliamentary elections, a profound disappointment.

This leaves right-thinking Britons with, I fear, only one choice: the Conservatives.  It is, however, a solid choice.  The Conservatives support a robust and genuine Brexit, with a turn towards improved bilateral relations with non-European states, such as Trump's America.  They support lower taxes.  They oppose Jeremy Corbyn's anachronistic penchant for nationalization and socialism.  They favor reduced levels of immigration.  They have proposed, albeit half-heartedly, some much-needed pruning of the welfare state.  In sum, the Conservatives aren't perfect, but they'll do.  I encourage all British voters to give Theresa May and the Conservative Party their vote, and a strong mandate to lead the U.K. in the next five years.

Will the "Waddy is Right" endorsement and seal of approval put the Conservatives over the top in tomorrow's election?  Now, that remains to be seen...