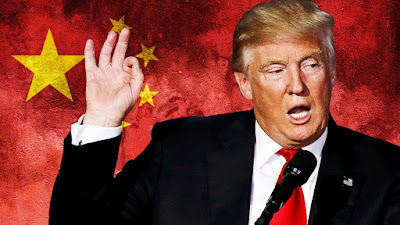 Friends, big news today!  Check out this article, which demonstrates the real effects of the US-China trade war.  At first, tariffs weren't even putting a dent in trade figures, including our massive trade deficit.  Now, that's turning around.  You could see this as searing agony for American exporters and consumers...or you could see it as a sign that Trump's pressure tactics are working.  China's exports have fallen more than US exports.  The trade deficit has narrowed considerably IN OUR FAVOR.  Give Trump some credit?  Oh no -- the MSM wouldn't think of it...but I just did!