How Soon We Forget 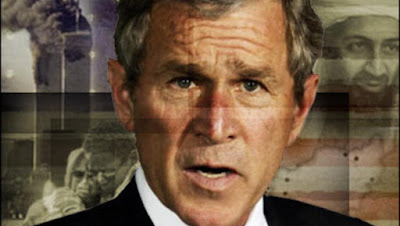 Friends, this week's Newsmaker Show explores all the hot topics, including the dismissal of John Bolton, President Trump's erstwhile National Security Advisor, the ramping up of our trade war with China, the media's toxic fixation on President Trump, and the latest machinations in the political battle over Brexit.  Brian and I also discuss the legacy of the 9/11 attacks -- on the 18th anniversary of that fateful day!

In other news, congrats to Dan Bishop, who won a critical House special election in North Carolina!  The Dems spent millions, and they came close, but the good people of the Tar Heel state still did the right thing...

Finally, check out this article, which explores the relationship between conservatism and the environment.  Chris Buskirk, a big wheel at American Greatness, makes some excellent points.  Conservatives are caricatured as enemies of the Earth, but of course that isn't fair.  We all have to live on this planet, at the end of the day, and we all want to protect the natural environment.  Much of the time, we even agree on how to do it.  What we don't agree on is the liberal assertion that anyone who questions their agenda of environmental extremism is, ipso facto, a monster.  BTW, I like what Chris has to say about China.  China is one of the worst environmental offenders around, and, as we limit our dependence on China for manufactured goods, we can look instead to companies and countries that engage in more responsible practices.  You'd think this would be yet another argument for getting tough on China and supporting Trump's trade war -- but for some reason the Left has always had a soft spot for China and for the whole "developing" world.  They can pollute to their hearts' content, because it's only Westerners who offend Mother Earth.  Nonsense!

https://amgreatness.com/2019/09/09/how-conservatives-can-protect-the-environment-and-win-voters-too/
Posted by Nicholas Waddy at 9:21 AM