James Comey Pulled a Fast One on America 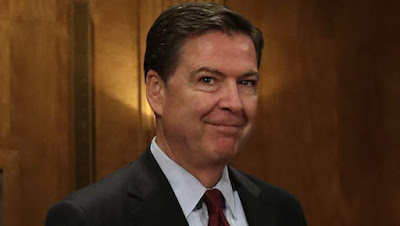 Friends, this week's Newsmaker Show addresses some major news items, as you would expect.  First and foremost Brian and I tackle the Brexit fiasco.  Will Parliament pass a law forcing the Prime Minister to accept endless Brexit extensions, thus potentially scuppering Brexit?  Will P.M. Boris Johnson call a new election to obtain a safe, pro-Brexit majority?  Will opposition parties try to obstruct an election, out of fears they might lose it?  All this and more will be analyzed on this week's show.  In addition, we cover the dangers of "gun control" and the news that James Comey, former FBI Director, will NOT be charged with leaking secret and confidential information to the press.  This last development concerns me greatly, because, if no one is charged with a crime in connection with the plot to frame President Trump for "Russian collusion," these sorts of dirty tricks -- and worse -- will be perpetrated again.  Here's hoping the DOJ had some very good reasons for showing mercy, and that it will come down hard on other big fish in the scandalous machinations to surveil and then smear a major-party candidate for President.

Brian and I also cover some fascinating historical items, including the 1957 integration of Little Rock High School and its constitutional and foreign policy dimensions, the anniversary of Britain and France's declarations of war against Germany in 1939, the pattern of recovery in Europe after the war, and the death of Ho Chi Minh in 1969.

https://www.youtube.com/watch?v=zoA4Urv1CqM&feature=youtu.be
Posted by Nicholas Waddy at 9:09 AM