Trump Shows the G-7 Who's Boss 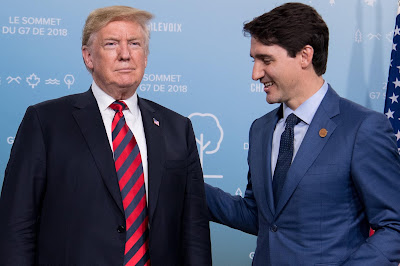 Friends, this week's Newsmaker Show with me and Brian O'Neil covers a lot of ground, as usual.  First, me and Brian analyze the state of the race for the Democratic presidential nomination.  Biden appears to be slipping, but he's still the frontrunner -- for now.  Sanders and Warren are both showing a lot of tenacity, and those who anticipate that Sanders will fade away and Warren will take up the mantle of progressive standard-bearer must be disappointed at this stage.  Brian and I also talk about the inconclusive G-7 summit, the prospect of negotiations with Iran, the relentlessness of the media's Trump-hatred, and the question of whether Donald Trump is a "liar".

In our history segment, Brian and I cover Allied advances in France in August 1944, German brutality on the Easter Front in WWII, the marriage and divorce of Prince Charles and Princess Diana, Martin Luther King, Jr's 1963 "I have a dream" speech, and the ugly anti-war protests at the Democratic National Convention in Chicago in 1968.

We set the bar high!  All you have to do is listen and enjoy...

https://www.youtube.com/watch?v=cFx657jysaM&feature=youtu.be
Posted by Nicholas Waddy at 9:23 AM